Another 10,000 km have passed and LEAF keeps going happily.

The 90,000 km service was performed ($89) and they updated the firmware (first time since it was built). I think this fixes a corner case where the battery can reach 100% and the charger does not disengage immediately. 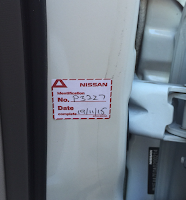 The energy consumption has dropped due to moving to the Redlands, which is relatively flat compared to Logan. I have not done any more long trips as it has been very busy at work :(

I still have 9 capacity bars. I am not aware of any range loss as winter obscures the maximum distance I can travel. My car warranty expires next week, but the battery warranty is still valid until 100,000 km. I can't wait for the rumoured 30 kWh battery (I would buy the battery upgrade if available).

For approximately 2 months, braking on hills induced pulsing between regen and friction brakes (very annoying). It has not happened since the 80,000 km service. So I guess the replacement of the brake fluid reset something?

During the May AEVA Brisbane meeting, some new EV owners came along and let us look at their cars. This is the largest number of EVs that I can remember coming to a meeting.

I also attended the Logan Eco Action Festival at the Logan Griffith University campus (Meadowbrook) in my Nissan LEAF with other members of the AEVA (who brought a BMW i3, Zero Electric Motorbike and Custom Suzuki Swift). We were next to the Mitsubishi PHEV display. It was a great day and I met lots of people interested in Electric Vehicles.


I was lucky to get a free pass to the Australian Energy Storage Conference http://www.australianenergystorage.com.au from Gabriel and Kymberly at Recharging NSW http://rechargingnsw.com.au Was a good conference and I learnt lots about battery storage and how the grid operates with renewal energy. 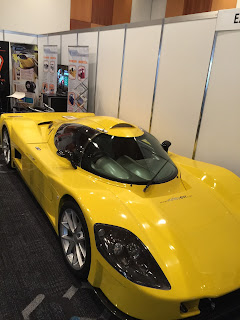 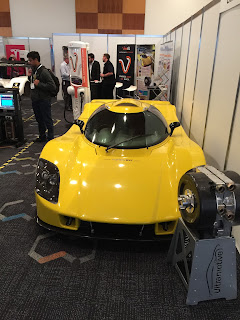 Next weekend I am going with other AEVA members to the RACQ Motorfest. Hoping to chat to lots of people about my car. I better give it a clean. The interior has scratches and scrapes from moving house.
Posted by Unknown at 5:25 PM No comments:

This weekend I attended an AEVA Electric Vehicle display at the Byron Solar Revolution in the Byron ECO park (Tyagarah, near Byron Bay). It is about 340 km round trip and needs four charges.

I drove 72 km from Cleveland to the Gold Coast using the motorway. It was 6:30 am, so I drove at 90 km/h (is a 110 km/h zone) to lessen the charge time. I used one less bar than a previous attempt using the side roads.

While waiting for the car to charge, I went to the coffee club for breakfast. When I got back I cleaned the car ready for the display.

The next leg was from Surfers Paradise to Tyagarah (about 80 km). When I entered the motorway at Tweed Heads, it began raining heavily and the wind was blowing hard from the side. I could barely see the cars in front, so I dropped to 80 km/h. It stopped raining about Brunswick Heads. Which was good as showing cars in the rain is a pain. I arrived with 20 km on the range meter. On a sunny day, I think I would have had 30+ km left.

I put the car on charge, but was only able to leave it for 90 minutes as the power point was not where the display was. It was enough for the range meter to display 50 km.

I left for the Chargepoint at the Macadamia Castle at Knockrow. I had never been there before and didn't realise the hill was so steep. I travelled 20 km and had 10 km on the range meter. I parked under the solar canopy and plugged in about 6 pm. Luckily there is free wifi, so I had a snooze and read some forums.

It took approximately 3 hours to charge. During this time a huge thunderstorm rolled through. One thunderclap was really loud and made me jump in my seat.


I set off from Knockrow with 99 km on the range meter and 96 ish km to travel. Carwings warned me multiple times about not being able to make it to the destination, but once I descended the giant hill, the range meter stayed on 95 km for about 20 minutes. It rained the whole way to Surfers Paradise, but the wind was low. I stayed on 80 km/h as the road was super quiet (most of the time there were no headlights in sight). There was a lot of traffic round Broadbeach, so it took longer than I expected. I made it to Surfers Paradise about 10:30pm with 18 km left.

I was super hungry as I had not had anything to eat since 5pm, so I went back to the coffee club for dinner. Not sure why I went back to the same place (normally I prefer to try out new places I wander past). It stopped raining, so I took a walk down main beach and headed back to the car. I charged to 80% this time as it was 1:00am and I was tired.

I drove about 80 km/h on the motorway with hardly any cars on the road. Sailed in home with 20 km to spare.

Next time tho, I will book a place in Byron Bay and stay for the weekend, much too nice a place to only visit for a few hours :)

Posted by Unknown at 6:52 PM No comments:

this post is very delayed (somehow forgot). Nothing much has happened since the last post. I bought a KeContact P20 from Recharging NSW ( http://rechargingnsw.com.au/products/kecontact-p20-series/ ), but have not had any time to check it out (work has been super busy). I am still looking at places to install charging stations.

Due to the installation of new chargers, I have been travelling to places that I was not able to before :)
I did a video of my trip to Binna Burra. Also I am going to Byron Bay for a car display, so will make a video about that too.

My LEAF went for the 70,000 km service ($95). The normal person was not there, so I was not able to find out any real information about how my battery is going. The page attached lists 5 stars.

Posted by Unknown at 6:56 PM No comments:

Trip to the Beach


The Gold Coast City Council installed a charging station in the Bruce Bishop Car Park (near Cavill Avenue). http://www.goldcoast.qld.gov.au/thegoldcoast/bruce-bishop-car-park-22661.html  I took a trip to the Gold Coast to have a swim and try it out.

I left with 100% charge and arrived with 30km remaining (used air conditioning as was 30C+). Car was charged to 100% in less than 4 hours (consumed about 10KWh). Parking fees were $9.20, charging was free (not sure if you can park anywhere in Surfers Paradise for free).

Also I went for a Tram ride from Griffith University to Broadbeach. Was fun to zip around in the air conditioning. No need to travel to Melbourne anymore :)
Posted by Unknown at 5:22 PM No comments:

I lost another bar of range today. Happened when I was sleeping :(
Luckily I have moved and the daily commute is now 64km per day (was 80km+), so no range issues.
Will have to see what Nissan say at the 70,000km service.

Also, I had good news today, The Gold Coast City Council has installed a Chargepoint brand charger in the Bruce Bishop Carpark at Surfers Paradise. So be good to go to the beach :)